Who created who in who’s Image?

Created in his Image

I’m sure you’ve heard the quote, ‘God created man in his own image.’ But have you ever stopped to think about what this actually means?

My last couple of weeks have been emotional, uplifting and amazing. On Tuesday I went to see a wonderful lady, Jackie Tweedie, an intuitive and experienced Clarity Coach who works with Colour Mirrors. The first time I met Jackie I knew she could help me with somethings I was struggling with, and I was not wrong. The couple of hours I spent with her were very powerful, as she gently and skilfully enabled me to release some old limiting beliefs that had been buried for many years.

A few days later the phrase ‘God created man in his own image‘ floated through my mind. Like many people I just thought this meant we are like God. We probably remember seeing  caricatures depicting God as a giant ‘human like’ figure who sits in the clouds and somehow this idea stuck! 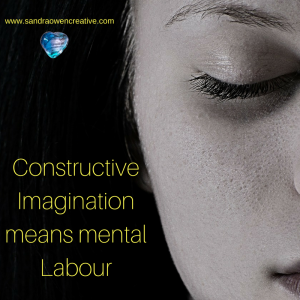 This week I had an epiphany! Whether you choose to use the word ‘God’, ‘Universal Spirit’ or ‘Source Energy’ doesn’t really matter. What matters is the emphasis or meaning you attach to the words ‘his,’ ‘own’ and ‘image’. Here are the thoughts that came to me:

Firstly, the word ‘image‘ means ‘a mental representation; idea; conception.’ In other words, a concept or form created in the imagination. A thought.

Secondly, if you study metaphysical and spiritual concepts, you may know that thought is energy and thoughts become things. That being true, this biblical phrase takes on a whole new meaning!  We know through science that everything is energy. God/Universal Spirit/Source Energy is pure, static energy, and it’s man’s ability to think that causes it to vibrate.

‘Thought contains a vital principle, because it is the creative principle of the Universe and by its nature will combine with other similar thoughts.’ (Charles Haanel – The Master Key System)

Real power comes from within 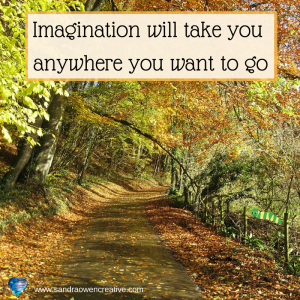 To ‘think‘ means to ‘call something to one’s conscious mind; to invent or conceive of something.’ Our thoughts and beliefs are first created in our imagination. When we focus or pay attention to our thoughts we create feelings and emotions within us, adding power to the vibration. The Law of Attraction then begins drawing to us things of similar vibration until eventually they manifest experiences into our life.

Have you considered God/The Universe/Source Energy loves us so much that it gave humans the gift of Consciousness, of self awareness, so we may manifest our own life experience through our own imagination. This in my humble opinion makes the phrase ‘God created man in his own image’ scientifically correct. We are the result of our own imaginings. Our own image of who we believe we are is exactly what and who we become.

‘The law of attraction will certainly and unerringly bring to you the conditions, environment, and experiences in life, corresponding with your habitual, characteristic, and predominant mental attitude. Not what you think once in a while when you are in church, or have just read a good book, BUT your predominant mental attitude is what counts.’ (Charles Haanel – The Master Key System)

Your predominant mental attitude stems from your beliefs about yourself which you have accepted as true over your lifetime to date. Once limiting beliefs are released, just stand back and marvel at how the energy flows. That has been my experience this week. 🙂

I feel so strongly that my purpose is to wake up people’s imagination. To help them to know and believe in their own creativity again. Too many people have lost confidence in their creativity, have stopped believing in themselves. The world is awakening to the true power of the mind. If you are feeling stuck, and this blog post has struck a cord with you in any way, maybe it’s time to reconnect with your creative imagination?! Email info@sandraowen.com or call 0781 361 2955

Feel like you’re wearing an Invisibility Cloak? Are you willing to become visible?
How much damage can a grain of sand create?