Week 14 Through my hands

I will move mountains

This week we were asked to watch at least one of a selection of four given movies. I chose October Sky and Cooling Runnings. Both films are based on true stories about having a burning desire, a positive mental attitude, following a plan of action and the efforts of a mastermind group.

October Sky tells the story of Homer, a teenage boy in 1957, who is inspired by the sight of the first artificial Russian satellite Sputnik, launched on 4th October. The spectacle captures Homer’s heart and imagination, causing him to decide there and then to build a rocket. He calls on the help of friends and mentors to help him, which leads to events and places he never could have imagined at the beginning of his quest. From a family background in coal mining, Homer Hickman went on to college and became a NASA engineer.

“Wherever your heart is, that is where you’ll find your treasure.” (The Alchemist – Coelho) 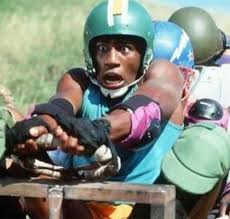 Cool Runnings is based around the story of the first Jamaican bobsled team at the 1988 Winter Olympic games in Calvary. Our first hero, Derice, trips and falls during his qualifying run for the Olympics, yet despite disappointment it does not extinguish the burning desire within him to be there. He finds another way, and calls on the help of friends and mentors to help him. Each member of the team, together with their coach, start the journey with their own agendas, but they each have to deal with their own demons in order to test their commitment and determination. Despite all the odds, they finish as a strong, united team and gain the respect of their country and the world. Each one becomes a hero in his own right.

“I was not delivered unto this world in defeat, nor does failure course in my veins.” (Mandino)

In both stories the main characters are faced with negative advice from well meaning family and friends who try to dissuade them from their path. Two memorable lines from the films –

“We are each of us angels with only one wing, and we can only fly by embracing one another.” (Luciano De Crescenzo)

During these last few days as we said goodbye to 2013 and hello to 2014 I feel my path has become clearer. Through reading the ‘Master Keys’ (Charles Haanel), The Greatest Salesman in the World (Og Mandino), and developing a positive mental attitude through simple mental exercises, I have been creating new neural pathways, which creates new peptides in the brain. My thoughts send out higher, more positive vibration frequencies, and like attracts like. 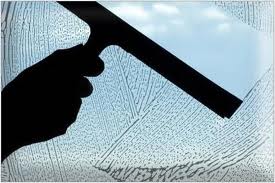 For weeks its been like looking through a dirty window……… knowing there is something on the other side, but unable to work out what it is………… And then ……suddenly………clarity!

And you ask, “What am I not doing?”
She says “Your voice cannot command.
In time, you will move mountains,
And it will come through your hands.”

Still you argue for an option
Still you angle for your case
Like you wouldn’t know a burning bush
If it blew up in your face
Yeah, we scheme about the future
And we dream about the past
When just a simple reaching out
Might build a bridge that lasts

And you ask, “What am I not doing?”
She says “Your voice cannot command.
In time, you will move mountains,
And it will come through your hands.”

There’s a healing touch to find you
On that broad highway somewhere
To lift you high
As music flying
Through the angel’s hair.