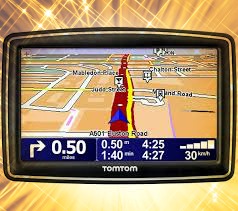 After several weeks of feeling I was making good progress with ideas regarding my future I suddenly felt stuck this week. Have you ever had the experience of blindly following your Satnav only to find yourself 10 miles from where you were expecting to be?…….           I couldn’t figure out exactly what was wrong until I had a long chat with my wonderful sister who helped me realise something important was missing from my plans………..

We’ve been reading in Chapter 19 of the Master Keys about everything having a contrasting or opposite side.

“In the physical world there are innumerable contrasts, and these may for convenience sake, be designated by distinctive names. There are sizes, colors, shades or ends to all things. There is a North Pole, and a South Pole, an inside and an outside, a seen and an unseen, but these expressions merely serve to place extremes in contrast.” (Haanel 19:5) 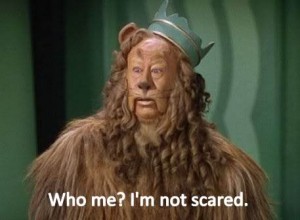 Ok…… but how does this help me in my quest to become the person I was born to be? Haanel goes on to explain that this world of contrasts exists in all areas of life, physical, mental, moral and spiritual. In the spiritual world we have Mind and Matter. How many times have you heard it’s just ‘Mind over Matter‘ whenever you’ve faced a problem that scared you? I decided to Google the saying and see where it led me……

‘Mind’ – the element of a person that enables them to be aware of the world and their experiences, to think, and to feel; the faculty of consciousness and thought.                     ‘Matter’ – physical substance in general, as distinct from mind and spirit; (in physics) that which occupies space and possesses rest mass, especially as distinct from energy.

‘Mind over Matter’ – The exact phrase “mind over matter“ first appeared in 1863 in The Geological Evidence of the Antiquity of Man by Sir Charles Lyell (1797–1875) and refers to the increasing status and evolutionary growth of the minds of animals and man throughout Earth history.

“We have then come to know that Mind is the only principle which is operative in the physical, mental, moral and spiritual world. We also know that this mind is static, mind at rest, we also know that the ability of the individual to think is his ability to act upon the Universal Mind and convert it into dynamic mind, or mind in motion.” (Haanel 19:13-14)

Listen to Will Smith talking about how our ability to think is what shapes our life. Think about what you want, believe you can achieve it, refine your skills and follow your dream.

In my daily 15 minute ‘sit’ I pondered my ‘stuckness’, and on Thursday the thought to give my sister a call came to mind, so that’s what I did. After hearing some wonderful news about the plans that she has worked incredibly hard on, I proceeded to explain my dilemma. The outcome of the conversation was the realisation that I had missed one of the most important elements of ‘myself’ in my plans!!…..

So I have learnt that the opposite of being ‘stuck’ is ‘unstuck’……Through this conversation my mental door was opened and my mind was freed……………. Tally ho, and onward I go!…….. Getting to the top of my mountain is no picnic, but I’m almost there………..