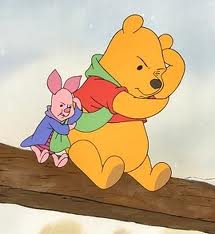 So often we can take life for granted. We spend too much time complaining about this and that, rushing around in such a hurry. Never stopping to notice the beauty around us and within us. Have you ever stopped? I mean really ‘stopped’ to think about what it’s all about? Who you really are? In The Masterkey System Haanel tells us ‘….‘thought is mind in motion (just as wind is air in motion), and its effect will depend entirely on the “mechanism to which it is attached.” (Haanel 6:4)

Your brain is the organ through which you think. You are the mechanism. You have the power to control your thoughts and you create the world around you every day, whether you understand it or not. Do you know exactly how electricity works? Or gravity? Let’s be honest, unless we have studied science and physics, we don’t all reeaallly know! Yet we trust it. We believe it. We use it. Why? Because we have all experienced its power. If your hairdryer blows up or the kettle doesn’t work, do you blame electricity for not working properly? No…… we all know at a basic level that it is the mechanism that is faulty.

‘There is not a single virtue or principle in the storehouse of nature which the brain cannot express. The brain is an embryonic world, ready to develop at any time as necessity may arise. If you can comprehend that this is a scientific truth and one of the wonderful laws of nature, it will be easier for you to get an understanding of the mechanism by which these extraordinary results are being accomplished.’ (Haanel 6:11) 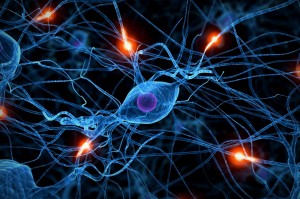 We are told that every thought sets the brain cells in action!!! Our thoughts, charged with feeling, create neural pathways that release chemicals, which we become addicted to. And like any addiction they create subconscious desires within us. If this is the case then it would make logical sense that paying attention to what we focus on is vitally important.

‘Attention and concentration is probably the most important essential in the development of mind culture. The possibilities of attention when properly directed are so startling that they would hardly appear credible to the uninitiated. The cultivation of attention is the distinguishing characteristic of every successful man or woman, and is the very highest personal accomplishment which can be acquired.’ (Haanel 6:19) 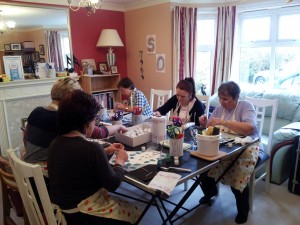 Seeing the concentration on the faces of the ladies who are helping me with a trial run of my new seven week creativity course has been amazing. The chatter ebbs and flows with periods of focused silent concentration, followed by huge smiles on their faces as they find they’ve produce something they didn’t think they could. It has been very special to witness, and a testament to the words of Haanel.

‘A single idea may be worth millions of dollars, and these ideas can only come to those who are receptive, who are prepared to receive them, who are in successful frame of mind.’ (Haanel 6:29)

It’s a wonderful world, take time to observe, to think and to be who you were born to be.

Week 5 Awareness is…
Week 7 Will and Choice